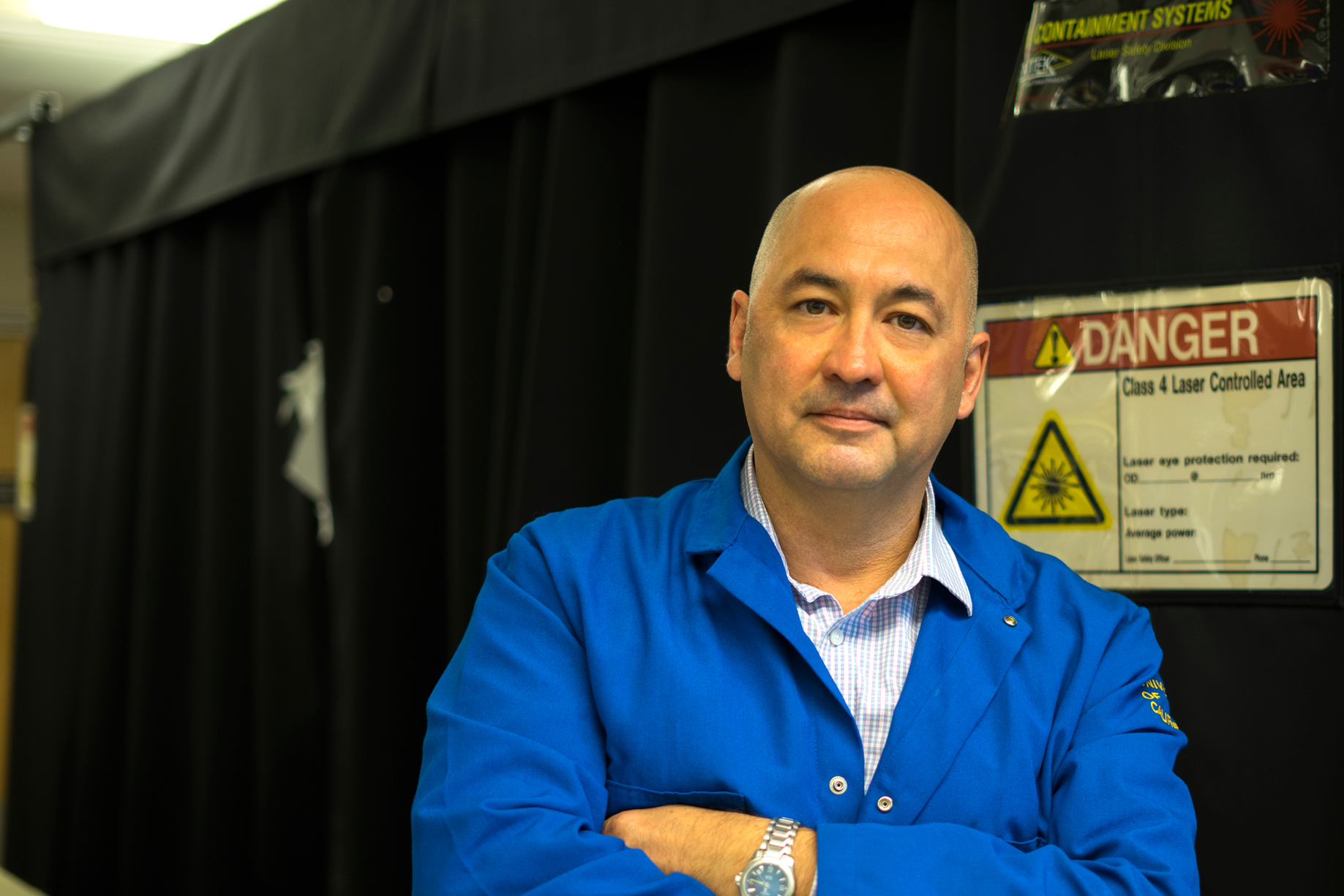 
Professor Balandin’s expertise and research interests cover a broad range from solid-state physics theory to experimental investigation of advanced materials and devices with applications in nano-electronics and energy conversion. He is recognized as a pioneer of the graphene thermal field who discovered unique phonon transport and heat conduction properties of this two-dimensional (2D) material. He made key contributions to the development of nanoscale phonon engineering and phononics fields. He is also known for his works on low-frequency 1/f electronic noise and device applications of graphene and other 2D materials. The present activities of Balandin group are focused on development 2D and 1D devices based on charge-density waves; Brillouin – Mandelstam spectroscopy of phonons and magnons; thermal management applications of graphene; low-frequency electronic noise spectroscopy of advanced materials and devices.

Professor Balandin is a recipient of The MRS Medal (2013) and IEEE Pioneer of Nanotechnology Award (2011) for his graphene, phonon engineering and nanotechnology research. He was also recognized by the ONR Young Investigator Award, National Science Foundation CAREER Award and Merrill Lynch Innovation Award. He is an elected Fellow of eight professional societies: MRS, APS, IEEE, OSA, SPIE, IOP, IOM3 and AAAS. He is also an elected Visiting Fellow of Pembroke College, University of Cambridge, U.K. He published more than~ 200 journal papers. His h-index is 74, and his papers were cited more than 20,500 times (April, 2017). He has given more than a hundred of plenary, keynote and invited talks at conferences, universities and government organizations. He presently serves as Deputy Editor-in-Chief of Applied Physics Letters for Nanoscience and Nanoelectronics fields. His research at UCR has been supported though competitive grants from NSF, ONR, AFOSR, ARO, NASA, DOE, SRC, DARPA, CRDF, UC MICRO, as well as industry at the level of ~$1.5M per year for the last 17 years.