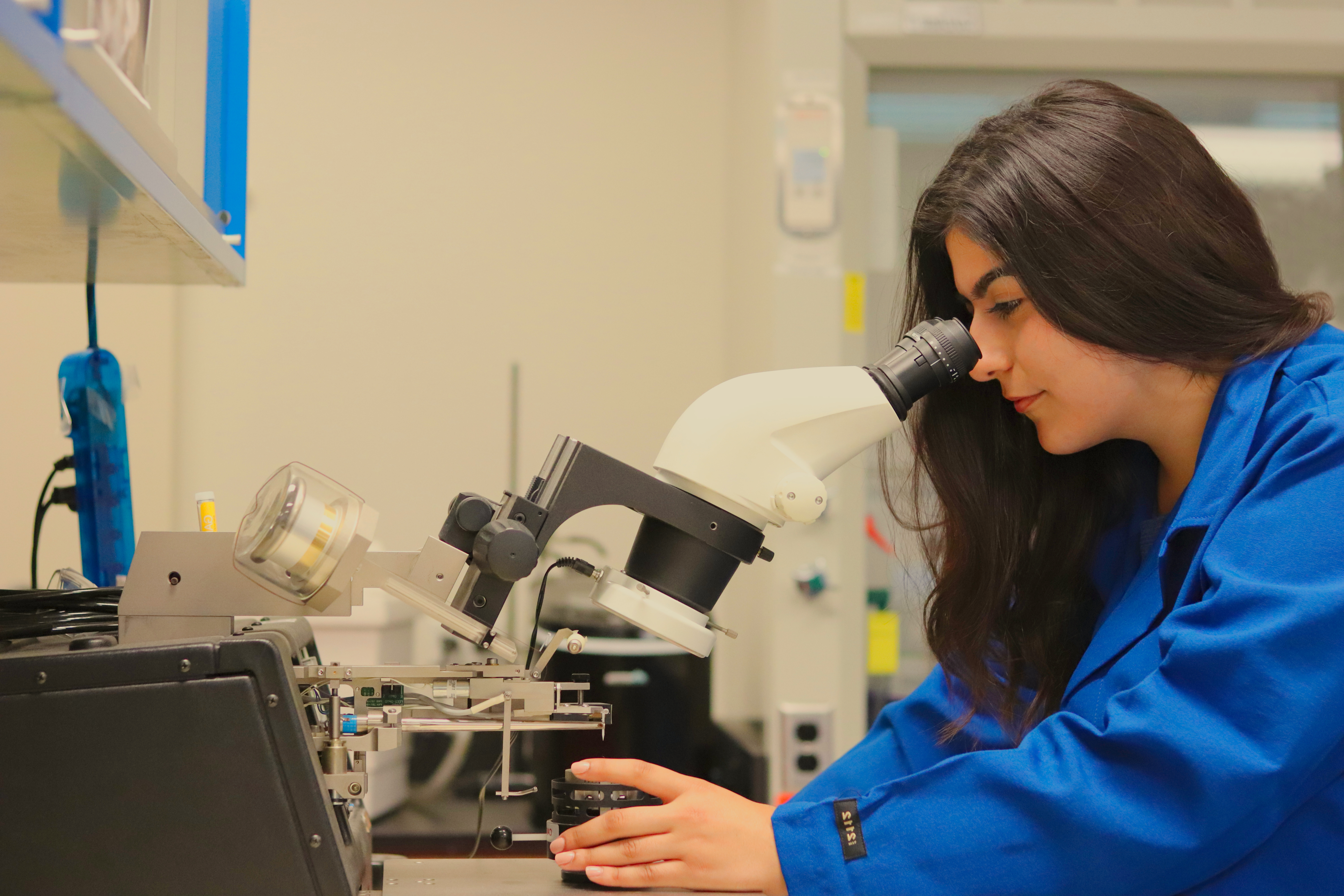 Sahar Naghibi received her B.S. in Chemistry (2016) from the University of California – Riverside (UCR). As an undergraduate, she participated in three summer internships (2014, 2015, and 2016) funded by the Semiconductor Research Corporation (SRC), focusing on growth and characterization of two-dimensional (2D) transition metal dichalcogenides (TMD) on lithographically pre-patterned wafers. She was awarded the NSF-AGEP funding twice for her work on growth of CVD thin film materials (2016, 2017). She also received the Dean Distinguished Fellowship (2017). Her expertise is in nanofabrication and materials characterization, including Raman and photoluminescence spectroscopy. She is presently conducting her doctoral research, towards PhD in Materials Science and Engineering, in Professor Alexander Balandin's Phonon Optimized Engineered Materials (POEM) center. Her project deals with functionalization of 2D materials for their use in various thermal interface materials (TIMs).